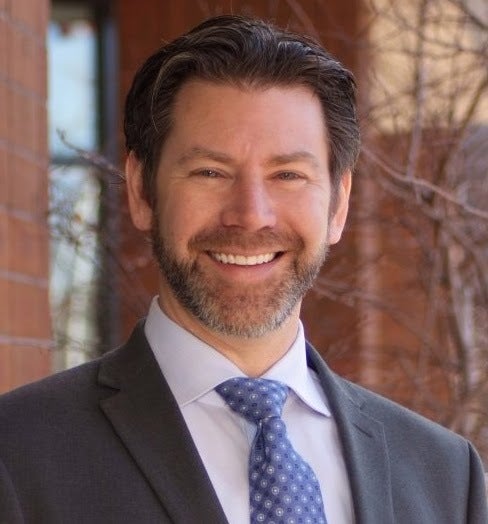 Before forming The Workplace Counsel, Mr. Rotter was an employment litigator with an Am Law 100 firm, a federal prosecutor, a postal services litigator, and a human resources consultant and executive recruiter.

After graduating from Northwestern University with a Psychological Services degree, Mr. Rotter began his career as a human resources consultant and executive recruiter for employers across various industries. He co-founded a recruiting and consulting firm to assist companies with workplace issues, talent development, and hiring practices. His background and experience in working with human resource personnel to confidentially identify and evaluate internal resources and needs directly translates to his ability to work with employers on improving and enriching their workplaces - ranging from process improvements to harassment prevention to defending unfair employment practice claims. In addition, Mr. Rotter's experience in screening individuals for highly-specialized positions, negotiating deals, drafting and preparing employment contracts, and identifying problem areas lends itself well to his current practice and assisting clients with workplace issues and disputes.

After attending the University of Denver Sturm College of Law, Mr. Rotter joined the United States Postal Service Employment Law Department where he investigated, litigated and mediated numerous discrimination and retaliation charges by employees in the Equal Employment Opportunity Commission and Merit Systems Protection Board forums. Mr. Rotter immediately began appearing in court and mediations on behalf of the Postal Service - the second largest employer in the United States. He successfully won hearings involving allegations of race, age, gender, and disability discrimination, among other protected categories, in addition to several cases against employees for misconduct.

In 2008, Mr. Rotter was appointed as a Federal Prosecutor in Chicago to investigate and charge white-collar crimes on behalf of the Postal Service and worked closely with Federal agents to investigate, indict, and sentence employees and federal contractors engaged in fraud, waste, and abuse. As a Special Assistant United States Attorney, Mr. Rotter charged over 75 defendants between 2008-2013 in crimes involving employee theft, fraud, bribery, and embezzlement, in addition to defendants guilty of mortgage fraud, gun and drug violations, counterfeiting, and robbery.

In 2013, Mr. Rotter returned to focusing on the workplace and assists clients with defending against claims, charges, and external investigations, in addition to prosecuting employees involved in wrongdoing such as fraud and trade secret theft. His clients appreciate his practical advice, leading to efficient and successful results whether involving litigation, investigations, or settlement. Mr. Rotter provides advice and counsel to companies on everyday employment issues in addition to complex problems affecting his clients' ability to operate as effectively as possible. Mr. Rotter also conducts human resources and management training in an effort to assist clients with creating and developing positive workplaces and litigation avoidance.

Mr. Rotter has extensive litigation experience, including the following:

Thank you for contacting us. We will get back to you shortly.

Please complete all required fields below.

The Workplace Counsel is committed to providing high quality and effective legal representation in all matters involving workplace law issues. Contact us today to schedule a consultation.